Start 2 Run in the press

Read the most recent press release about the Start 2 Run app.
Interested in an interview with our Start 2 Run coach or a relevant article about/for runners? Contact us with your proposal.

Download the original Start 2 Run logo and some available Start 2 Run images for press and influencers.
These elements may only be used after approval through hello@start2run.app. Always allocate credits to Start 2 Run. 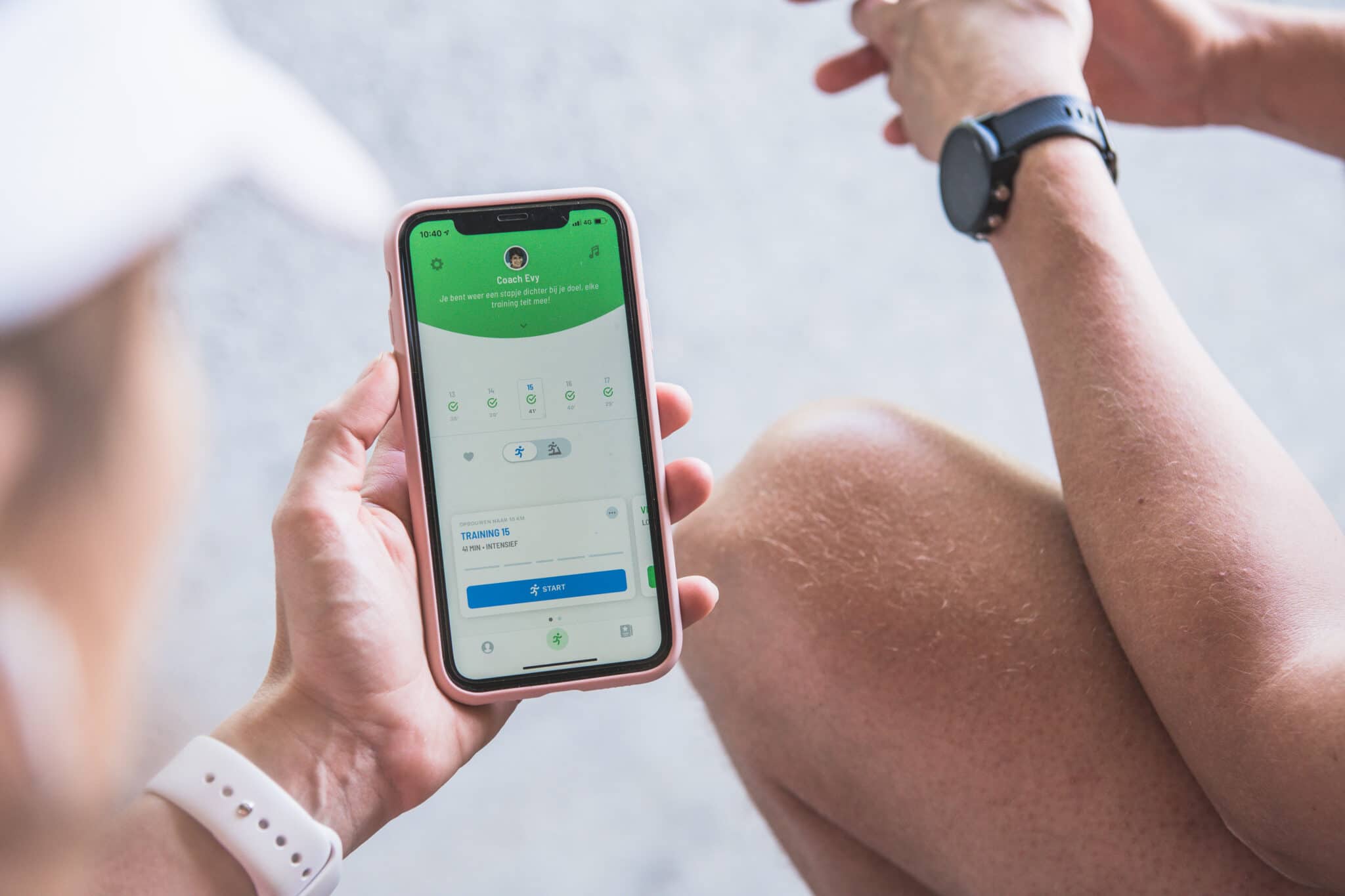 One year after its renewed app, the Start 2 Run app is expanding with even more functionalities. In the past year – partly thanks to the lockdowns – the app experienced a significant growth in users, and those users also ran more. In order to provide maximum service to the raft of (new) followers, there is now a new release of the app with two remarkable novelties: the option to connect bluetooth heart rate belts, and a version for Apple Watch to train without having to bring your mobile phone.

Over the years, Start 2 Run has not only built up a large and loyal following who are coached by Jenni Falconer (in the English version). It is also a very interactive community that talks to each other and the makers. The big advantage is that the makers can respond perfectly to what is going on in the group.

Klaas De Waele, product manager of the Start 2 Run app within Energy Lab, the company behind Start 2 Run: “We are extremely proud of this next step. It responds to current events, in which even runners that are just starting are very busy with numbers and sports devices. At the end of last year, we already launched our own treadmill that you could conveniently link to the app. With today’s release, we are also introducing two remarkable novelties. With Start 2 Run, we are a very relevant app among the major players, with a unique focus on supervised, healthy and responsible sports practice.”

The new version (which is now available in the app stores) provides the option to connect bluetooth heart rate belts in the Start 2 Run app. Previously you could train on heart rate, with your coach whispering in your ear per segment in which heart rate zone you are allowed to run. Now you can also effectively connect your heart rate monitor: you can now read your current heart rate on the app screen, as well as your average and maximum heart rate per workout. You will soon be told whether you need to run faster/slower to train in the right zone.

If possible, there was even more demand for using the app on a (sports) watch to train without having to bring your mobile phone. And there you are: the new release of the Start 2 Run app can be used on watches series 3 and following. It also contains a link with Apple Health (“Gezondheid-app” in Dutch) so that your Start 2 Run training is included in your Apple statistics, and counts towards achieving your daily exercise goals.

The Start 2 Run app guides anyone who wants to run. Most of the new users build up to the first 5 km. Those who want more can choose from 25 different running schedules, with distances and levels up to a marathon. The Start 2 Run app is your personal coach, and is available today in 6 different languages with the same number of coaches. The app has been downloaded 2.6 million times since 2013, and had nearly 500,000 users last year. The app continues to grow every day, and between 500 and 1500 new users join. All together, they registered just under 2 million training sessions in the app last year alone.

The Start 2 Run app has been developed by Energy Lab, the company that helps people to exercise more and better, and to maintain a healthy lifestyle. Energy Lab offers testing and coaching (in test centers, through online platforms or through mobile apps), but also corporate exercise programs. Energy Lab is part of the Golazo group.

Would you like an interview with the people behind the Start 2 Run app? Or would you prefer an article substantiated by the expertise of Paul Van Den Bosch and Energy Lab coaches on themes such as exercise, nutrition, mental resilience or sleep? That is possible! Let us know through the contact form .